By Sebastian Scotney. January 2021.
JAZZ MUSICIANS: AN ADAPTABLE SPECIES...
Jazz musicians have remarkable abilities and instincts when it comes to responding to new circumstances. As UK promoter Danielle White said in a newsletter shortly after the first lockdown last year:

“Jazz people are amongst the most adaptable of our species as life mirrors art and we improvise our way through – we’re uniquely qualified to weather the storm.”

Those talents, that determination has been tested to the extreme in the past year during the pandemic. Yet, even though Brexit is bound to have longer-term consequences, it has often felt incidental.

As I write this, the UK’s National Health Service is being overwhelmed by patients in their thousands dangerously ill with Covid. Most of the country is again in full lockdown. Lives and livelihoods and mental health are all under pressure. But in the first few days of the new year, shockingly few commentators of the music scene seemed to have Brexit on their radar: in several of the new year round-ups by senior music industry figures, Brexit and Europe didn’t even rate a mention.

ADVERSITY SPARKS CREATIVITY
Yes, adversity has sparked creativity in the past year. Some jazz venues like the 606 Club, the Vortex and Ronnie Scott’s were livestreaming long before larger and better-staffed but less nimble venues. One astonishing musician-entrepreneur, guitarist Nigel Price, was doing what he normally does: On 10 September he was the first jazz musician in the UK to announce a post-lockdown tour. With his organ trio, he had planned no fewer than twenty-nine gigs across all four countries of the United Kingdom. In the end, there was not just one but two autumn lockdowns - each announced chaotically late by the UK government – and Price was forced to postpone or cancel half of the gigs. Still, it is impossible not to admire his drive and energy.

Saxophonist Phil Meadows is another highly resourceful musician. The initiatives he has taken to broaden his portfolio of activity massively are an inspiration: since March last year he has set up a new online jazz school for regular students. He has followed through an idea that came from mentoring an indie-pop artist and taken a first step into band management outside jazz. He has also been busy campaigning: he set up a lobbying group, Musicians Movement, which has been attempting to align with some of the more established groups defending the music sector.

AN EXTRA £500 COSTS… PER MUSICIAN?
And what about Brexit in all this? Meadows, as Artistic Director of the Engines Orchestra, has always been pro-active in organising gigs and tours on the continent. He has very good personal networks. I have a vivid memory from a couple of years ago of having fun as I helped him to formulate an upbeat announcement to give in Flemish for a concert in Leuven… but when it comes to organising concerts in Europe, he has currently taken his foot off the gas. All that massive positive energy is on hold. And there is a straightforward reason:

“In essence the starting price to book a UK band could be as high as £500 per musician for their first gig in Europe in 2021, and that’s before you include either a gig fee for the musicians, or their travel expenses”.

Those costs are twofold: unless a change occurs, musicians will need visas to work in each country. There is also a requirement for every band travelling to have a comprehensive “Carnet” detailing every item of equipment it needs to tour.

The UK’s Incorporated Society of Musicians (ISM) and Musicians Union (MU) had both been lobbying, but when the contents of the Trade Agreement between the EU and the UK were revealed, there was clear disappointment. As the ISM’s press release of 4 January 2021 stated:

“The ISM is deeply concerned about the absence of visa-free travel provisions for working musicians [...] This is contrary to assurances given to the music sector and will have huge implications for UK musicians working and touring in the EU.”

Then, the political story broke on the weekend of 10 January:
“UK ‘rejected offer’ of visa-free tours by musicians in EU, despite blaming Brussels for permit blow.”
was the headline of a piece in the Independent. Suddenly the issue was out in the open and the blame game started.

There will be further discussions, but the old conservative totem policy of seeing immigration as a negative and trying – and normally failing – to limit it will be a barrier, particularly with a Home Secretary who takes little responsibility for anything, except courting popularity with right-wing supporters of the party.
Re-negotiation feels like a long road to get things changed. As one musician said to me ruefully: “I can’t help thinking that other industries were much better able to speak with one voice. Sport got it together in a very united way.”
And it did not go unnoticed that in the final rounds of the Brexit negotiations there was an obsessive focus on fishing. With its turnover of £1.4bn fishing has a quarter of the economic significance of music, at £5.8bn, and about an eightieth of all the creative industries combined (£111.7bn).

EARLY UNCERTAINTY...
So what we are left with right now is uncertainty in the marketplace. And uncertainty freezes markets. As a representative of an artist management agency, who asked not to be named, told me:

“What we are finding is that bookers on the continent are just not booking UK artists.”

It will be worth monitoring how these inconveniences affect not just our access to visiting musicians from Europe itself, but also European tours by bands from outside Europe, who may simply drop the UK from their schedules.

There may be other, practical difficulties. Neil Anderson, a tour manager from the pop world, has pointed out a specific problem, which has not been widely reported, concerning the moving of equipment:
“Trucks carrying equipment, can no longer efficiently tour the EU. UK vehicles are now effectively prohibited from making more than 2 stops in any 7 day period. We would normally do roughly 4-5 shows a week. Trucking into Europe, cross-loading to European vehicles, sending the UK vehicles home, and then doing it all in reverse at the end. This also devastates the music industry specialist UK freight and transport companies who can no longer provide their services in the EU.”

There are also stark realities for those musicians who continue to work in Europe. It would be impossible not to sympathise with trumpeter and NDR Big Band member Percy Pursglove, who posted on Twitter:

“My first post-Brexit travel experience: 06.01.21, @Schiphol
Schiphol Immigration Officer: Why are you travelling to Hamburg?
Me: I play trumpet in the NDR Big Band
SIO: Do you play for important people?
Me: Huh?
SIO: Since Brexit we only allow entry for important work, and I don’t think playing music is important.
Me: Errrmm”

...WITH THE LONGER TERM CONSEQUENCES STILL TO BE FELT
We tend to focus on the here and now. Yet Brexit and its inconveniences will only really be felt in the medium and longer terms, both practically and culturally.
One aspect of Brexit which will be increasingly important is the fact that the four ‘home countries’ are drifting apart politically. This has been the case for many years, but both Scotland and Northern Ireland voted against Brexit. The split between Northern Ireland and the “mainland” of Great Britain has changed dramatically post-Brexit, with the consequences still to be fully experienced. And in Scotland, which has been more competently led than England during Covid, the separatist flame burns bright.
The outlook seems depressing. Will we Brits become increasingly smaller-minded, or to use an apposite image, insular? One thing is certain: the UK is going to be culturally poorer.

jazzahead! Virtual Session on 28 January at 3 PM CET: Brexit - What's jazz got to do with it

If you are interested in a further discussion about Brexit and its impact on the jazz scene, please come and join our session on 28 January:

Our fifth jazzahead! Virtual Session will focus on Brexit and include, among other subjects: the practical consequences of Brexit for UK-based musicians touring abroad, and for foreign musicians wanting to appear in the UK. What does Brexit mean for foreign promoters and venues? What are the consequences for UK clubs and festivals when hiring international talent? We will also look at the implications of the UK’s exit from the “Creative Europe” funding programme - and at what might replace it.

Access to the Virtual Session will be available for registrees only from February, but this session will still be free. Click here to join the Zoom session - starting 28 January, 3 PM CET! 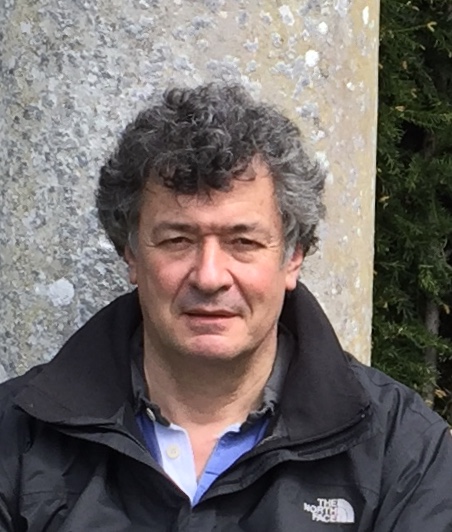 Sebastian Scotney founded Londonjazznews.com in 2009. He is publisher/editor of the site and of its internationally popular and influential weekly newsletter. For radio, he has been a guest contributor on BBC Radio 3, Jazz FM and WDR. He is also a specialist translator and writer about music, with a regular output of sleeve-notes, programme notes, press releases and artist biographies. He writes the regular "London Column" for the German magazine JAZZTHETIK.