Jazz: Life Among Disasters from its very beginning / by Francesco Martinelli

Who is zooming who?

I n the year 2010 I decided to form my label named nwog-records. What began as a tool to only release my albums has developed to a real label that also allows others to get their music out there and receive wider recognition. Since a few years, I frequently get admissions with recordings from Jazz musicians who are looking for a label to release their music. Additional to that I get lots of links and CDs from fellow musicians when I am on the road. Through my work as a teacher at the Lucerne Music Conservatory and at other schools as a guest teacher, I get an extra inside view on the musical trends of young Jazz players. I have to say that about 70% of the recordings I hear are very well done. Nice compositions, well played and recorded. How can one judge if the record you`re listening to has more potential than just "well done"? When I am on the road with bass player Henning Sieverts, who runs his show on Bavarian public radio, we listen through many albums he has received. We have discovered that most of the records sound good up to the point where people start improvising.

Often that point which happens after about 1-2 minutes is very disappointing and shows the real talent and nature of a musician and group. I believe that improvisation is one of the true values and specialties of our music mostly named Jazz. Improvisation is spontaneous and mostly interactive. Only musicians who have studied and internalized this skill will be able to bring life to this musical situation.

Another aspect I listen to is the emotion being transported in the music and/or recording. Of course, that is very subjective but I feel that many of today`s Jazz recordings are "perfect" but are missing the main point which is to touch people emotionally. If you know my music, you know that I am not talking about music that is simply easier to access for a large amount of audience. I think all kinds of styles and genres can be emotional and deep from avant-garde to song-orientated type Jazz. I have never been criticized for a cracked or wrong note on my records. Why are musicians more and more looking for perfection in their playing instead of personality and character? I will try to give a few answers to this. Today most musicians produce their records themselves. They are mostly listening to their playing and because they have invested so much time and money they want their album to be outstanding and perfect. The technical opportunities give them the possibility to edit and pitch everything and produce a record that is more impressive than spiritual. There are more well-schooled bands on the "market" and everyone is trying to cut through. Our society is looking for optimization. A trend, which has also entered the Jazz scene. I wish to hear more stuff that has personality than skills. Don`t get me wrong: that can be a virtuosic player, too. However, I want to feel something when I hear fast lines and tricky rhythms. Of course, I know how hard it is to resist the urge to be perfect on one's music and emphasize on some kind of a message and feeling. But that`s what I`ve been searching for in the last decade. When I hear recordings, I am always listening to that little specialty what a group or a player can bring. The originality and personality. Is it somehow real or only well-executed?

"Fortunately, Jazz is a musical style that allows musicians to grow their whole lifetime."


Since this is a blog about trends and new talents in Germany I would like to name a few which I like and who have or will release(d) albums on nwog record. Before I give you this shortlist of young artists I have discovered, I like to say that I think it is important to have a good balance between new talents and established musicians. Fortunately, Jazz is a musical style that allows musicians to grow their whole lifetime. To discover new players is fantastic and they deserve a chance but don`t miss the ones who have developed their own language already and are still going strong with their bands and album productions. I say this because "new" doesn`t automatically mean "better".

Luise Volkmann: a talented composer and reed player who will be releasing her third album on nwog on the fall. Her band named Ete Large has developed a sound that is highly original - orchestral yet creative.
Listen
Fynn Grossmann: a sax player with a quintet in traditional format, which has found ways to transport euphoric and witty music. A good example of complexity meeting emotions.
Listen
Conni Trieder: a flute player with a special melodic language who will release the first album in spring 2021 with her trio and an actress reading her poems. I great combination of storytelling and Jazz music.
Listen

Nils Wogram (born 1972 in Braunschweig, Germany) started playing the trombone at the age of 15. He started classical and jazz trombone simultaneously. He was a member in the national German youth big band, participated in classical competitions and formed his own bands at the age of 16. From 1992 to 1994 he studied in New York City and continued at Cologne university until 1999 when he graduated. Since then Nils has relased 33 albums as a bandleader.

Nils Wogram counts as one of the most important jazz musicians in Europe. He appears on many important festivals and tours worldwide with his own bands and as a featured soloist. He is mainly known for his highly virtuous trombone playing, his very original compositions and as a band leader of long-term working bands with a unique ensemble sound. In 2010, he started his own record label nwog-records on which he releases his albums. Nils Wogram`s bands play exclusively his own music and other ensembles commission pieces by him.
https://nwogrecords.bandcamp.com/music/

M y relationship with Germany spontaneously started in the early ‘80s when my city twinned with the German city of Esslingen, a very beautiful town close to Stuttgart.
I remember that I took part in the local jazz festival with a kind of funk-rock background band; I was really impressed by the impeccable organization and by the audience. Back then people would still feel the amazing influence of the historical rock festivals so what I found was an incredible horde of marvelous hippies! I had a great time living with really nice and kind people. I don’t know how and why, a few days after I had played, I found myself wandering through the jazz clubs of the area. I chanced upon one in Frankfurt where I had the chance to listen to two German bands that really impressed and inspired me; they were the Christof Lauer and the Albert Mangelsdorff ensembles. Once back home – entranced for what I had heard - I started to read up about German jazz. German jazz music at that time would still show the echoes of that contemporary vanguard developed in Darmstadt and “translated” into our improvised music.
Towards the mid ‘90s I met saxophone and bass clarinet player Klaus Gesing. After inviting Klaus to play in Italy with my quartet, later, in 1999 I formed a trio with him and English vocalist Norma Winstone.
In the first years of the new century, through these musical excursions, we landed in the city of Bremen where I met another of my German heroes; someone with whom I am still bound by a strong esteem and deep friendship, trumpeter and composer Uli Beckerhoff.


I think that Germany is Europe’s number one country for jazz music festivals and it has the most competent and receptive audiences. As a pianist I can say that gaining experience in that country is definitely important because there they have a very high sensibility towards the quality and the maintenance of the instruments. I’d like to mention a few contemporary German musicians that I really love. I can name Paul Heller, Matthias Nadolny, Florian Weber, Markus Stockhausen, John Schroeder, Pablo Held, Till Brönner…
So, I am going to end this article by saying that without German jazz and without the German audiences I would not be so satisfied and serene in my everyday life. I can only thank my transalpine friends and colleagues for their esteem and their wonderful friendship.
Paul Heller:
Listen
Florian Weber
Listen
Markus Stockhausen
Listen
John Schroeder
Listen 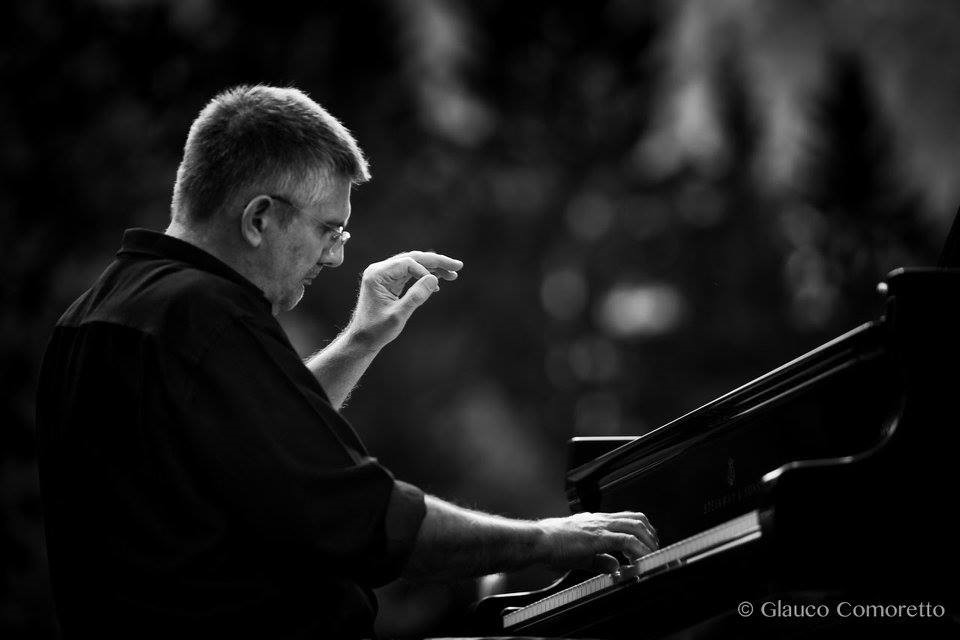 Glauco Venier moved his first steps as a musician within classical and rock music. After getting his degree at the conservatory and specializing in the US, he started his intense artistic career. He worked together with some of the most valuable jazz musicians, performing in successful concerts all over the world. Together with Norma Winstone he recorded three CDs for ECM label, getting a nomination to the Grammy Awards. He played with her in some of the most prestigious theatres of the world and took part in some of the most important festivals, like the London Jazz Festival. He recorded for Universal and Schott labels and for Rai, Orf and BBC, WDR Glauco Venier currently teaches at the conservatory in Udine.