I n Berlin we always maintain a focus on what is happening on the local scene...which begs the question of what 'local‘ actually means. The scene here in the capital is not only huge, diverse and strongly international, it is also constantly changing and reinventing itself.
One effect of the long ‘Corona months’ has been to bring some of the disparate parts of this vast scene closer together. Bands with fixed personnel have quite often been loosened up and new groupings have emerged. For more than three decades, Berlin has been lucky to have the presence of New York-born vibraphonist and jazz educator David Friedman, a genuine asset for the city. He was the original founder of the jazz programme at Berlin’s University of the Arts. At 76 years of age, he is still playing and shows no sign whatsoever of slowing up. He continues to be a major source of inspiration for younger musicians such as drummer Tilo Weber, pianist Clara Haberkamp (piano) and many others. Their Generation Quartet is one of the currently most enjoyable bands to be heard in Berlin.
See the video
The recent achievements of Sedal Serdan, Director of the celebrated Berlin jazz club A-Trane, are really quite remarkable. He has been organising concerts on an almost daily basis since Corona began, and streaming them worldwide. How right that way of doing things was, and still is: not to allow oneself to be hamstrung, but to just keep going.

In a similar way, the team from berta.berlin have been doing the right thing, and impressively too. They have instigated and facilitated dozens of outstanding concerts in the clubs "Gretchen" and "Donau 115". These included a performance by singer Natalia Mateo‘s new band NEO, which was just fabulous to see and hear.
Listen here
Of the live events I have attended in the past few months, the one that affected me most was a concert by singer Rabih Lahoud‘s band Masaa for Deutschlandfunk Kultur at the Berlin Funkhaus. It was poetic, expressive and really touching. Even though one may not understand the Arabic being sung, Rabih Lahoud and Masaa take us on a fantastic journey in sound.
Listen to the concert

A further discovery for me has been charismatic Mozambique-born vocalist Natalie Greffel. Her range of expression is massive, her voice is full of character, and her current album "Para Todos" (Agogo Records) is superb.
Website Natalie Greffel 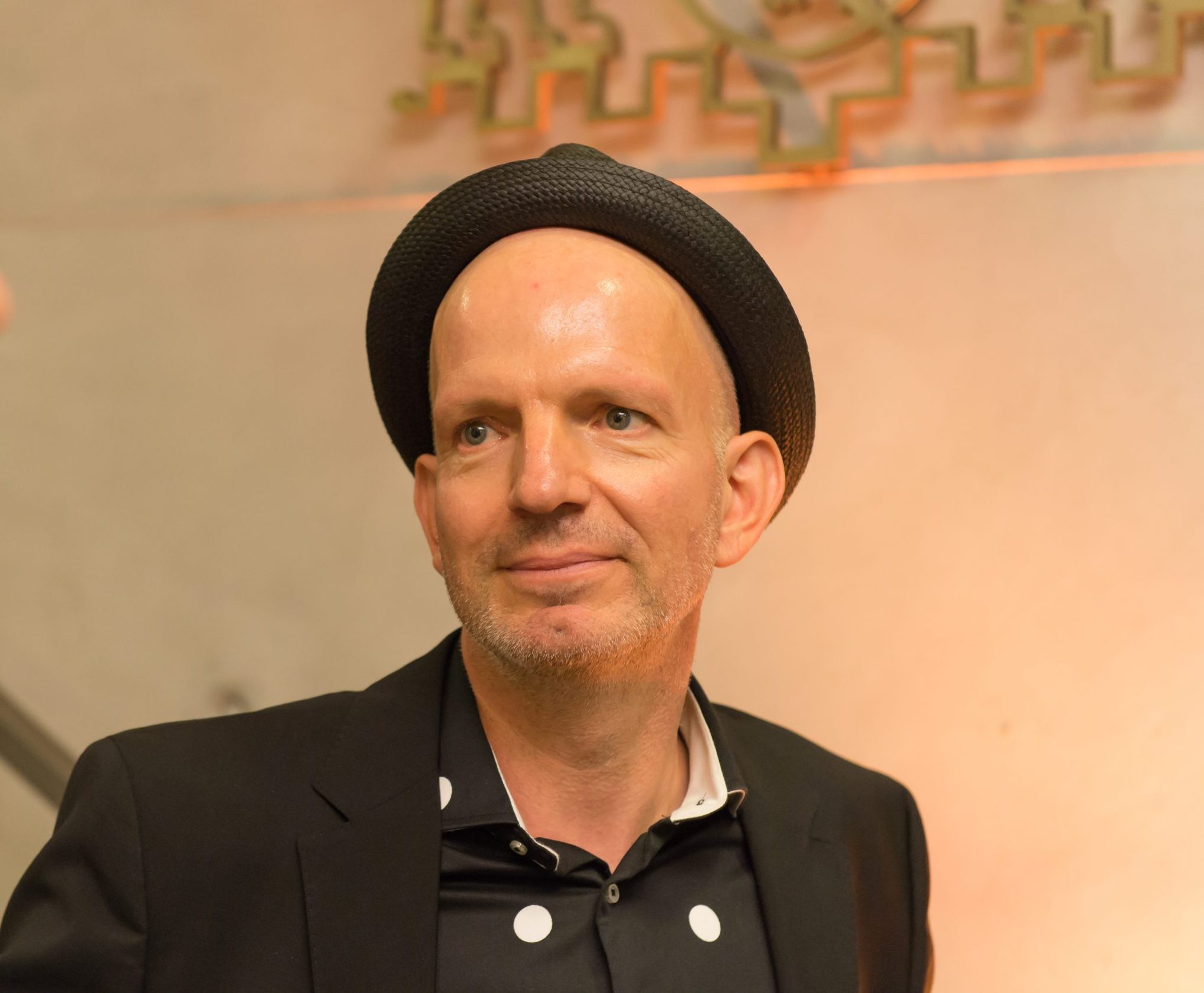 Matthias Wegner has been jazz editor at Deutschlandfunk Kultur since 2011. An active contributor at jazz events in Germany and internationally since the 1990s, he has written for a number of print outlets and reported on jazz for several public radio stations. He has been at jazzahead! every single year since it started in 2006, and is a jury member for the GERMAN JAZZ EXPO. Deutschlandfunk Kultur does regular live broadcasts from jazzahead!

T here are two great bands from Germany that I’ve listened to recently: Tingvall Trio and Michael Wollny Trio. Both piano trios. And both very active in releasing new music. I mostly listen through Spotify, and from both artists you can find many albums there. A specific reason for mentioning these artists is that they will both perform live in my Rotterdam based concert venue LantarenVenster, in the nearby future. Michael Wollny Trio on December 6, 2020, and Tingvall Trio on May 8, 2021.

I started working for the North Sea Jazz festival as a music programmer in 2006. In 2005, Michael Wollny and his group [em] had performed on the festival, and my colleagues were very positive about them. So at that point I started listening to Michael’s recorded music. Sometimes I saw him perform on a festival in Germany, but he hardly came back to The Netherlands for live concerts. A pity and something that needed to be fixed. Therefore, together with the Bimhuis Amsterdam and the Verkadefabriek Den Bosch, we decided to invite his trio for three concerts in The Netherlands this December. Personally I’ve listened quite a bit to the album Klangspuren – Live in Hamburg, released by ACT Music in 2016. Nothing beats a good live recording! But I also really like the album Oslo (2018). And in 2020 Michael released a new solo album called Mondenkind. Check out this beautiful concert feat. American bassist Tim Lefebvre, recorded live at Jazz Baltica in 2015:
Listen in here
I think he’s one of the very best German jazz pianists. It’s quite insane how adventurous his music is, I love it and can keep listening to it!

Pianist Martin Tingvall and his Hamburg based trio just last month released their beautiful new album Dance (Skip Records). Check out the promo video here.
This is already the fourth time that they will perform in LantarenVenster, and I’ve also booked them on the North Sea Jazz Festival in 2013. The band always catches my attention when they release new music. Check out this live video from the Elbjazz festival in 2011:
See the video
The musicians bring back memories of the fantastic trio E.S.T., their music is adventurous, energetic, romantic, free, groovy, urgent, exciting. A big treat for your ears. I can’t wait to listen to their new music performed live in Rotterdam. Again, it’s great music to listen to online or on a CD, but nothing beats the experience of a live concert! 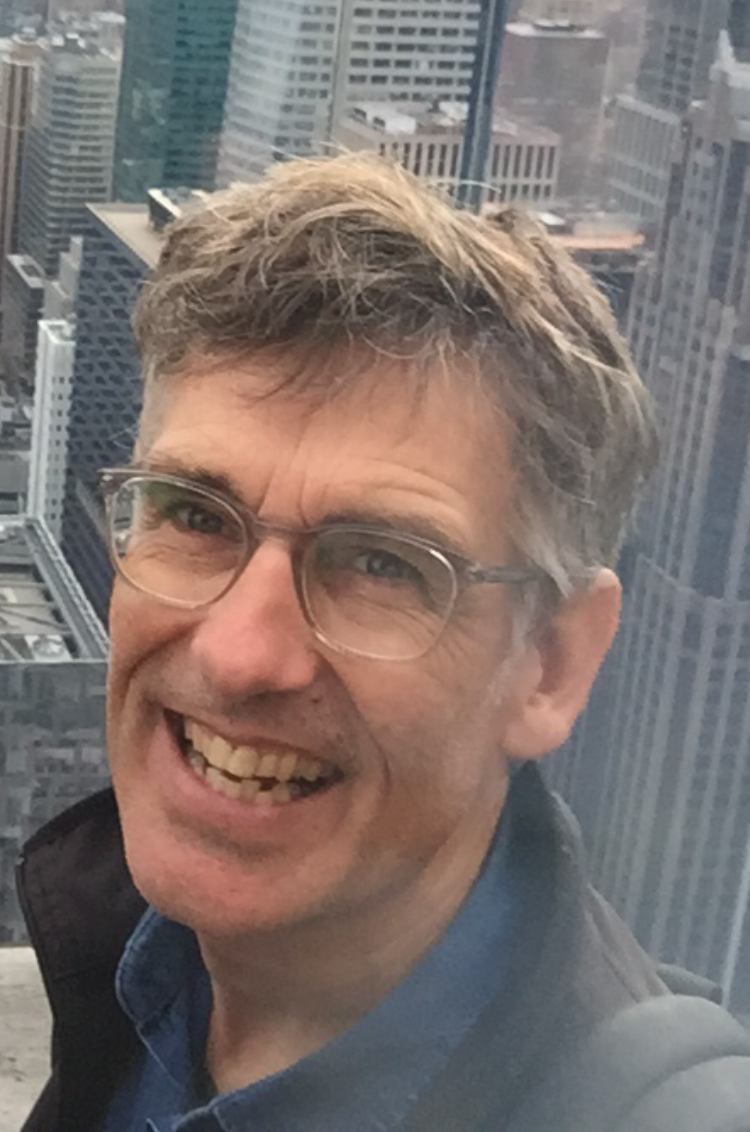 Frank Bolder was born in 1965 in the village of Didam, in the east of The Netherlands, close to the German border. He is married, and father of a daughter and a son. At this moment he lives in Rotterdam, with his wife, kids and dog. Since 2009 Frank is the music program manager for the jazz focussed venue LantarenVenster in the city of Rotterdam, since 2006 Frank is one of the program managers for the North Sea Jazz Festival Rotterdam. Frank played drums in many different bands since the age of 12. And always did booking and bookkeeping of the bands, besides playing drums. He graduated for a bachelor’s degree in arts management from HKU University of the Arts, Utrecht, The Netherlands. Frank worked as booking agent, tour manager and musician at Crossroads Blues Agency, was the co-founder of Black & Tan Records, worked as an independent agent under the names Frank Bolder Music Management and Bolder Music Agency and as director of the Liberty Day Music Festival in Utrecht and production manager for the Slagwerk Festival (Drummer’s Festival) in various Dutch cities. On a personal level Frank is fond of: his wife and kids, (live) jazz & world music, coffee, tea, water, good beer, wine and food, New Orleans, New York, Rotterdam, Utrecht, dogs, camping and travelling. And recently, in his 56th year on this earth, he bought a motorcycle. His first. A German BMW.